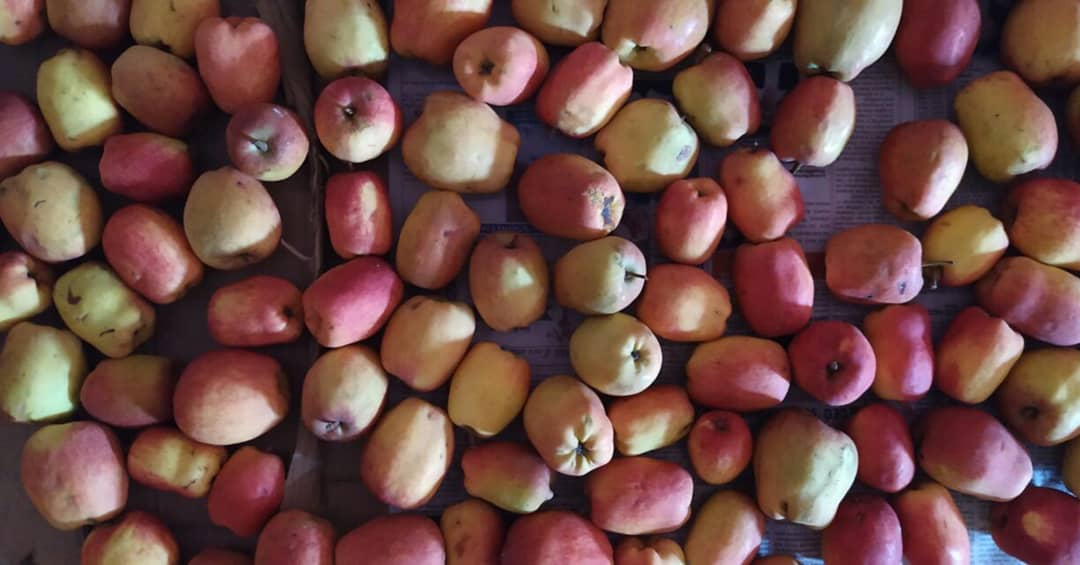 Attendees to the inauguration of the Rural Marketing Haat [sic] at Angangba village on July the 25th if 2019 witnessed a sales exposition of 3,000 kilograms of the fruits of a motley of 17 cultivars:


Yet, apples as we know them are not endemic to Nagaland. This feat in naturalization owes to a decade-long nisus by the Better Life Foundation which trained the aborigines in scientific methodology, marketed the produce, and invested capital in the form of seeds, soil-building and pest-management, technological development, landscaping, labour, etc.


The fruits of this labour, in addition to being sweet, were untarnished in appearance---no disfigured fruits nor scars, and thus no apples of the lowest ‘D’ grade, which are generally consigned, in decreasing order of quality, to juicing, jam-making, drying, or concentration. All produce was categorized as A, B, or C, yet with so little qualitative distinction to note that they were bought and sold mixed.

Collective participation, however, was like an Apple of Sodom---a disappointment---for only four of the extant fifteen villages under the Longkhim subdivision of Tuensang participated, viz., Phir-Ahi, Chungtor, Angangba, and Lirise, while the rest restricted consumption to their respective locales.

Notwithstanding, a collectivist proclivity has here finally insinuated itself into a culture of individualism so the other villages may be expected to follow suit in the face of imminent prosperity.

The sales exposition was to serve as a preliminary to the formalization of co-operatives, which are in good standing in India owing to its democratic connotations, a rich history intertwined with an equally rich culture, and a proven track-record of longevity, stability, humanism and profits.